'Too Blondes' was nominated for a 2016 Mac award! I was thrilled when I got the call, because I have always wanted to win a Mac computer! I soon found out this award has nothing to do with the apple store. But, figured a nice lipstick from Mac make-up would suffice. Wrong again. Apparently, MAC stands for Manhattan Association of Cabarets and Clubs. Once a year they honor the best acts in New York City over appetizers and drinks. Long story short, the MAC awards are pretty much equivalent to the Golden Globes. That's right folks. Too Blondes was nominated for a Golden Globe!

We dolled ourselves up and headed to the famous B.B Kings where the awards would take place. The theater was packed. I couldn't find a red carpet, but there was an older gentleman taking the nominee's photos. (Hi Golden Globes) Finally, after schmoozing and saying our hello's, we took our seats for the show to begin.

Let me tell you. Not knowing if you're going to win an award is torture. Not knowing when you're category is going to be called is even worse! I had so much anxiety sipping on that double cranberry vodka I ordered. Note to self: Next time a waiter tells you a double is a better deal, don't believe him. He scammed me into a $26 drink. I may be dressed like I have a lot of money, but it's all an illusion. I'm broke.

After what seemed like hours, our category was finally called. At this point, I had gone over our acceptance speech in my head hundreds of times, so I was ready to walk up on that stage and be showered with applause and love and perform a song from our show and blow everyone away and therefore get discovered in the audience by a casting agent and then move to LA to star in a sitcom and be asked to appear on Jimmy Fallon and... We didn't win.

Instead, I ordered myself another $26 dollar double vodka (I was still under the impression this drink was a better deal) and reminded myself that just to be nominated for a Golden Globe is a huge honor. We'll get em next year! 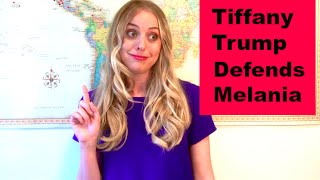 I Think I Voted

Too Blondes Off Broadway 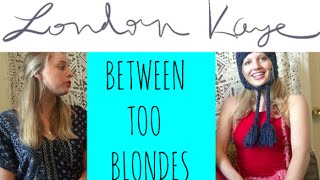 London Kaye On Between Too Blondes

Too Blondes Hit The Hamptons

We Got A Wonderful Review!